My wife and I just completed our first road trip in our new Model X — a 2500 mile round trip from San Francisco to Colorado. It was a fantastic trip. 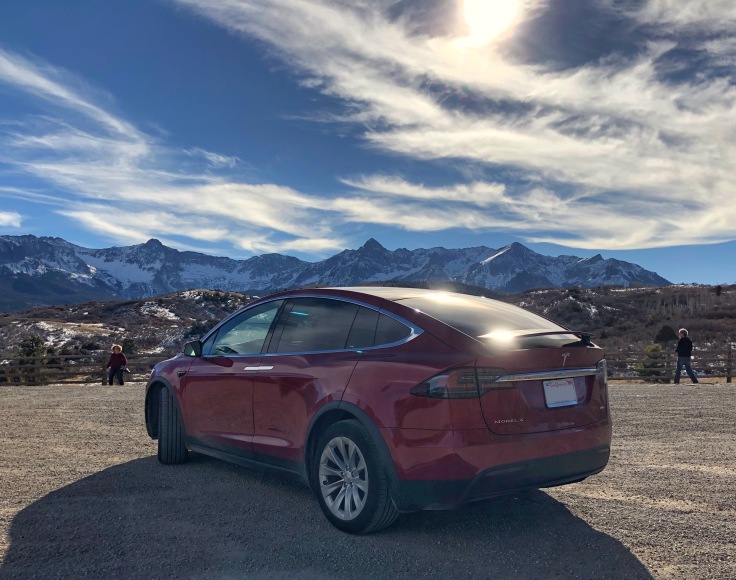 Here are a few things that we learned during our journey that might help others:

Overall, this was a really fun trip and the car is fantastic despite the quirks. We drove 600 miles per day (2 days to get there and 2 days to get back) and in any other car we’ve owned, we would have been exhausted. However, the quietness, smoothness, and the automation made it much more enjoyable.

4 thoughts on “First road trip – San Francisco, CA to Ouray, CO and back”